Originally released in vinyl format back in 1979, Smooth As Silk was the first recording to feature the combination of tenor Kirk Talley, baritone Steve Lee, pianist Roger Bennett and the legendary twosome, Glen Payne and George Younce, and was the first album ever for both Talley and Bennett. The recording features the prominent quartet performing classics such as “I’m Winging My Way Back Home,” “I Know A Man Who Can” (which became a #1 song and Kirk Talley’s  signature song), “Then I Met The Master” and “It Is Well With My Soul.” Despite this success, the album was never released through a national distributor until now.

The Cathedral Quartet performed together from 1963 until their retirement in 1999.  While the group transitioned through several members throughout their 36-year ministry, fans and industry peers alike honored them for their consistent talent and their collective heart. The Cathedrals earned numerous Gospel Music Association Dove Awards, were nominated for three Grammy® Awards, had scores of chart-topping hits, received twenty Singing News Fan Awards, and were inducted into both the Gospel Music Association Hall of Fame and the Southern Gospel Music Hall of Fame. When the group retired, they held the #1 spot on the national charts for their song “He Made A Change,” which also earned them the GMA Dove Award for Southern Gospel Recorded Song of the Year.

“It is truly a thrill to be able to present this incredible recording in digital format to fans worldwide,” StowTown Records President Landon Beene states. “I grew up listening to the musical magic of The Cathedrals, as I know many people did, and I am delighted that even more listeners will have the opportunity to hear this legendary group.”

George Younce’s son-in-law, StowTown co-owner and former Cathedral Quartet member Ernie Haase shares, “It was an honor to sing with George and Glen and the Cathedral Quartet, and it’s humbling to be able to re-release this music. It was a privilege to brainstorm with StowTown Records and the estate of Payne and Younce about the digital release of this project. Smooth as Silk was one of the first records I purchased after discovering The Cathedrals in 1982. When people hear it, they will understand why this record is timeless and needed to be released in digital format, and I hope they love it!”

Smooth As Silk is distributed by Provident/Sony and is available on all digital music platforms worldwide.

Smooth As Silk Track Listing:
I’m Winging My Way Back Home
I Know A Man Who Can
I’m Gonna Rise
Then I Met The Master
When I Thank Him For What He Has Done
What A Day That Will Be
Stormy Waters
It Is Well With My Soul
Love Lifted Me
‘Tis So Sweet To Trust In Jesus

AUGUSTA FARMER’s & CRAFT MARKET EVERY SATURDAY Come on out to Augusta’s Farmer’s and Craft Market located at the ball diamonds in North Augusta (by the Fire Station at 8112 Mill Street) each Saturday from 9am – 1pm. Vendors will have a variety of items for sale including preserves, baking, candles, artwork, clothing and crafts. For more information, visit our website! 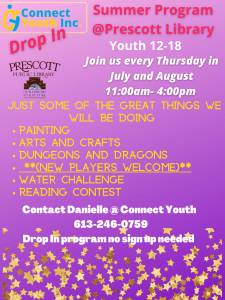