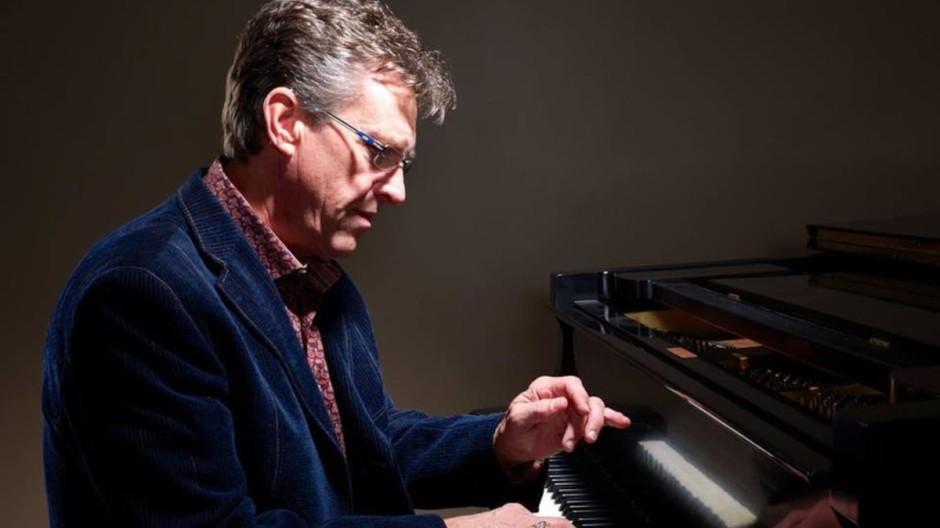 A man whose love for the piano started at the age of six and continued throughout his life as he became one of the best known pianists in Southern Gospel Music has died.  Jeff Stice suffered a fall at his home late last month and doctors had to perform a surgery on his spinal court.  He was battling COVID-19 at the time of the fall.  Texas Gospel Canada was informed that Jeff died Tuesday, Sept. 14 at the hospital.

Early in Jeff’s career he played with the Blackwood Brothers, The Rex Nelon Singers and in 1990 helped form the group Perfect Heart. He received the Favorite Young Artist Award from the Singing News Magazine and went on to take other top honors in Gospel Music.

Jeff was one of the founding members of the Triumphant Quart.  The group posted condolences on its webpage Tuesday.

According to Jeff’s website, he went through a season of reflection and change in February of 2014. He enrolled in an intense discipleship program for three months. While there, he discovered God in a way he had never known Him before.

Jeff put it this way in his online biography: “While sitting on a picnic table by a creek one afternoon, I felt God’s arms wrap around me. He drew me close and reminded me that he loved me unconditionally and that He had given me a gift to share…the gift of Grace. For 46 years I had known about God, but now I know how to BE with God. So now, I have a testimony to share and I have a new song to play as I start a new chapter for my life.”

YMCA of Eastern Ontario Summer Camps are coming to Prescott! Click HERE for more information and to register!
.
NOTICE: The Augusta Township Office, Public Library and Waste Transfer sites will all be CLOSED on Monday, May 23 for Victoria Day.
.

Pop-Up Shops are coming to Prescott! Apply now for the 2022 season! Are you interested in a seasonal business location this summer? Maybe you have a business idea or an existing business you’re thinking of expanding? Prescott’s Pop-Ups could be the perfect fit! This unique retail opportunity will provide leasing opportunities, located at pop-up retail kiosks and the Rotary Lighthouse, to entrepreneurs & businesses for use during the summer tourism season. Prescott Pop-Ups will be located just east of the Sandra S. Lawn Harbour & Marina and at the Prescott Rotary Lighthouse. Apply by 4 p.m. May 20. For applications & information, visit https://www.prescott.ca/explore/explore/prescott-pop-ups/